I got me some Keyforge decks, and while I haven’t had the chance to play them, I tried to analyse how to best take advantage of these decks. The first deck is called Wiseman the Intentionally Apt and it’s a Dis/Logos/Sanctum deck with a focus on trying to create card advantage, sculpting your hand for a big turn, with some disruption and a few minor combos.

I’ve run it through some Keyforge deck analyser, and the stats seem low. However, there are some really good cards in there. The deck doesn’t seem to get Æmber quickly, or have many option to control opponents Æmber, but it does control hands very well. There is some discard in Mind Barb, a Succubus to lower opponents’ handsizes, and two Mothers to increase your handsize. That, and some cards that draw you cards. A Succubus or Mother is probably a good opening. 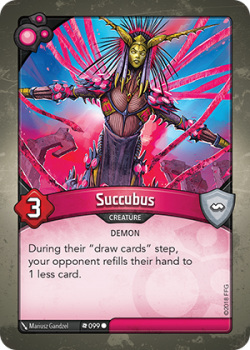 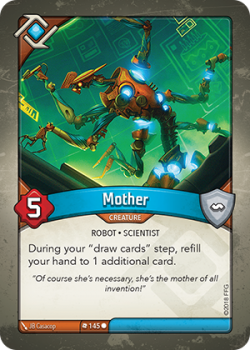 From there, I can try to sculpt my hand, and get a big turn. One of the big synergies I have, that potentially set up a big hand are with my 3 Gateway to Dis and 2 Arise!s. Too bad Dis only has 3 creatures, but I can set up either other faction and get a big turn after I wiped the board. 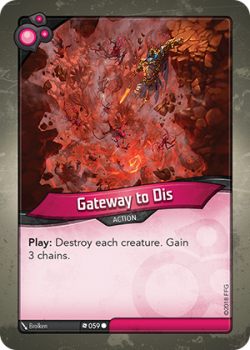 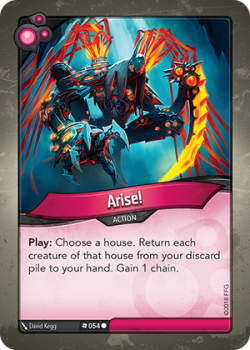 It’s a shame I only have 3 Dis creatures, so I can’t make a big Dis turn, although if I end up with all 3 Dis creatures in play ánd a Hecatomb ánd an Arise! I can probably reap for 3, gain 4 more Æmber of Hecatomb, then repopulate my board. I guess sculpting my hand is important to pull that off. It may be too many hoops, though. 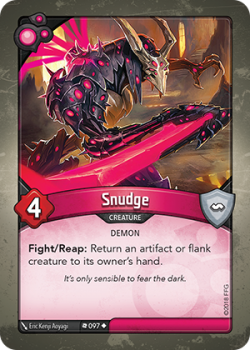 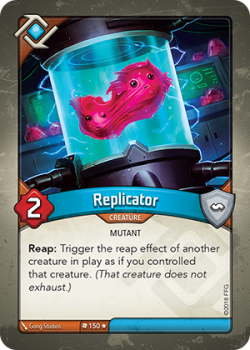 Logos offers me the Replicator, and some other reap triggers to abuse. A fun way to use this is with Commander Remiel, which allows me to use any non-Sanctum creature regardless which house I choose. The most comboish would be to use Snudge to bounce and set up… something. Repeated bouncing of Dr. Escotera? 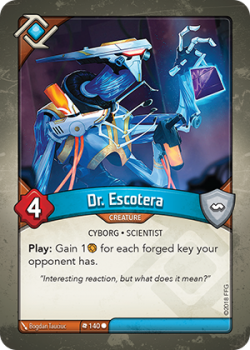 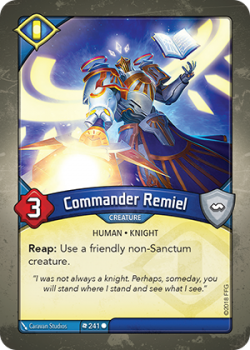 I think there are reasons I could concider Logos my main house. It has to do with the Mothers and the card draw provided. While Mothers’ ability is static (and thus “on” even if I choose another house) there are some reasons to call Logos just for their board presence. In Keyforge, often you’ll have to choose between playing new cards and using the board. But my Logos has some compelling reason to use the Logos cards on the table. Not playing any cards from your hand means not seeing new cards in hand. Usually. But then I have these: 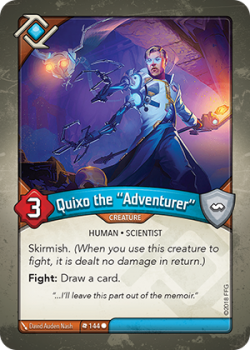 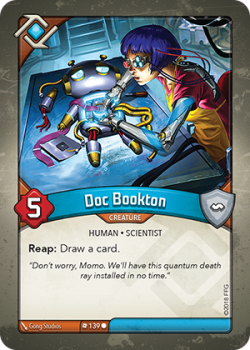 Two Quixo’s mean I can control the board a little, while keeping adding to my hand, even if I don’t have Logos to play. Skirmish means I don’t even get damage in return while I’m the aggressor. Doc Bookton gains me Æmber ánd new cards. Also fun with Replicator. Eventually, if left alone for long enough I’d be able to draw 4 cards a turn, even when I don’t play anything. It also offsets the chains I might get from Dis.

Sanctum has some strong healing going on. I don’t know how useful that will be, exactly, but I guess if I face small-ish creatures that can’t one-hit kill my guys they will tend to stick around, maybe? I will have to see what they can do for me. Sigil of Brotherhood means I at least get a big action turn even when I choose Logos at some point. Being able to use multiple houses seems strong.