Cube generally seems to be a singleton format, without duplicates in the potential card pool. However, there are some Conspiracies with Hidden Agenda, which ask you to name a card, which are far less useful in a format where all cards are unique. Since I’m trying to make a cube and really like the conpiracies, I’d thought to give each color a card that actually comes in multiples.

And as a twist, for some I’m looking towards cards that are self-referential, increasing in value as you get more of them. Since I never made a cube before, I don’t know if it’s actually fun, but it’s an experiment worthy of investigation. 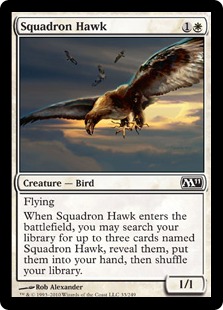 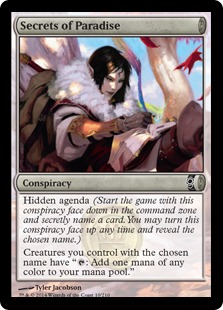 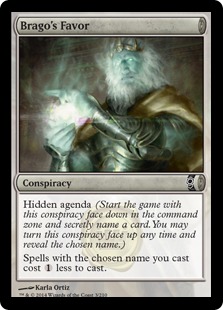 The first I thought of was Squadron Hawk. The effect is similar to the conspiracy Secret Summoning, which allows you to find multiple copies of a creature as you play it.

There are some other conspiracies that work well with the Hawks, and give them haste, makes them cheaper to play and even give them some  +1/+1 counters. There is even the option with Secrets of Paradise to turn them into self-fetching Birds of Paradise. 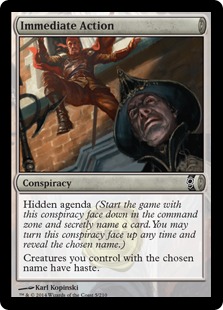 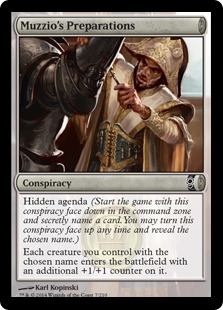 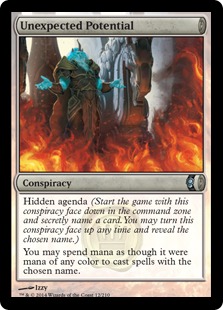 Since Cube is a pseudo-limited format, it’s even possible to include more than four in the total card pool. It would make them an aggressive card, though, especially as they have flying.

One of the other cards I was looking at is Flame Burst. Initially I’d thought to use the functionally similar Kindle,  but Pardic Firecat may be a reasonable inclusion as well. 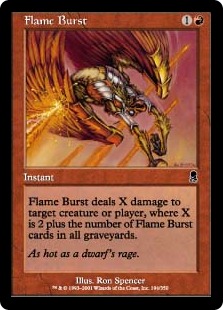 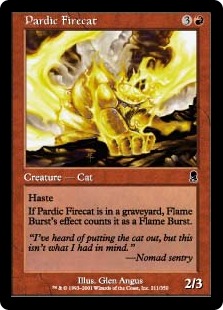 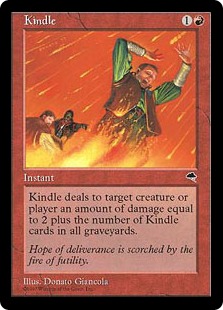 Red is a difficult colour to find interesting cards for, but a card that increases in value during a game could be a worthy inclusion. There is a lot of potential raw power behind it, especially when Double Stroke is involved. 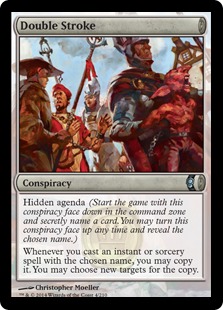 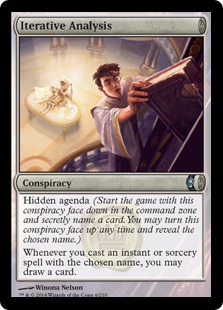 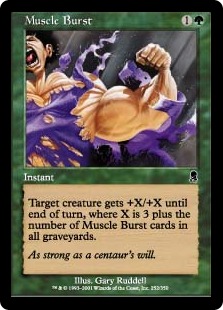 For other colours there are similar options as well. Adding Giant Growth may be a given for green, but going a similar route as red, but with Muscle Burst may be more interesting, as it can be made just as cheap with the right conspiracy, and make it a very potent combat trick.

Maybe each colour can have multiple duplicate cycles. According to several primers, there should be 50 – 60 cards in each colour, so there is certainly room, even though the Conspiracy cards themselves will probably take a lot of space. But will it be cool? I can imagine the Squadron Hawks may be too powerful, maybe. Or one of Blacks’s cycles will include Brain Pry to soften the blow. It’s going to be a multiplayer cube that plays similar to normal Conspiracy, so it could very well be that an early rush of birds will just draw all the hate. At other times, it’s cool to live the dream and get an endless stream of birds at your disposal.