Nicol Bolas. He’s probably the biggest big bad in Magic’s storyline. The last of the Elder dragons. Bolas was killed, then reincarnated and at some point became one of the most powerful planeswalkers. Then The Mending happened and he was toned down a bit, but not before he set a plan into motion to regain all of his previous powers. Possibly at the cost of everything else. 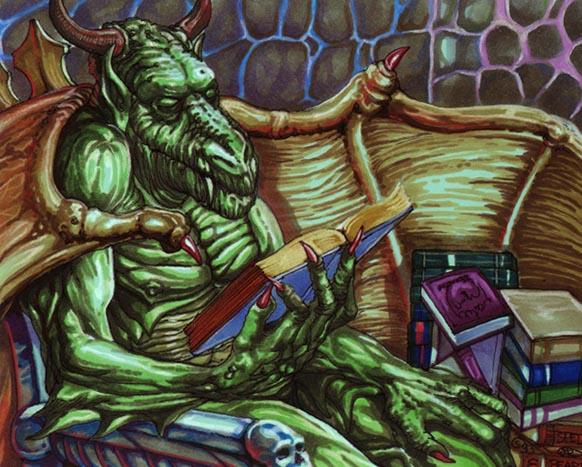 During Time Spiral block I opened a foil Nicol Bolas, and I made a commander deck out of it, with all kinds of Bolas related cards. Slave of Bolas? Check! In Bolas’s Clutches? Well, I haven’t updated the deck in a while, but yeah. Torment of Hailfire? Cruel Ultimatum? Yup, all the Bolas related haymakers.

The foil OG Bolas is heading the deck, for coolness. There isn’t much of a mechanical connection, though. He brings the colours and the theme, and sometimes hits and let people discard. Still, it’s almost a shame a better option is available soon. It does take away some of the uniqueness of the deck – but that’s still a choice right? The new version of Bolas can head the deck and he’s probably a little more powerful, and even stylish in his own way. 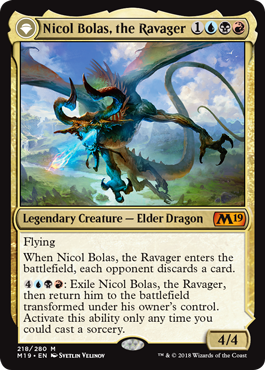 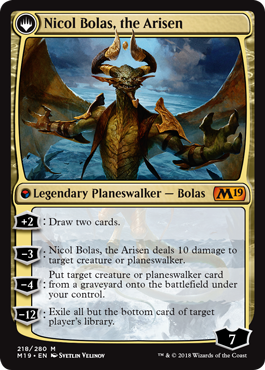 More spells that show you’re on the side of evil are Dark Intimations,, Settle the Score, The Eldest Reborn and Yawgmoth’s Vile Offering so the planeswalkers keep coming and have a better chance of staying on the battlefield.

So, there are plenty of chances to improve on my current deck, and have something that could function a bit as an Archenemy deck. I might even have to bring some schemes just in case.